The Mission of the POCC is to improve the quality of life for Alameda County residents who have mental health or mental health and substance use issues, in whatever settings they find themselves, and to provide the consumer perspective in Transforming Alameda County Behavioral Health Care Services to a recovery vision that is consumer-driven, culturally responsive, and holistic in its services and supports. The POCC provides an empowered and informed voice: of, by, and for consumers in the behavioral health care system, related systems, and in the community.

The Vision of the POCC is that consumers have a unified voice and play a major role in the development, implementation and evaluation of health care, mental health, and social policies, empowering people to recover and lead a full life in the community.

The Pool of Consumer Champions History by Jay Mahler

I am extremely proud to be a member of the Pool of Consumer Champions (“POCC”). The POCC is the most effective effort that has ever occurred in California involving persons with lived experience to have a voice in shaping the planning and implementation of mental health programs at the County level. A huge thank you to the Consumer Relations Team, Behavioral Health Care Administration, and especially to the hundreds of POCC members who have volunteered their time over the years to make the POCC effective. The following is a history of the POCC focusing on the early years.

The POCC was started to make sure that the consumer viewpoint was a significant part of Behavioral Health Care’s decisions on the allocation of Mental Health Services Act (“MHSA”) funds, and to advocate for consumer-run programs to receive MHSA funding. Before I started the job in August 2006 as Consumer Relation’s Manager and a member of the Mental Health Director’s executive management team, I read Behavioral Health Care’s MHSA community service plan and was greatly disappointed that not one penny went to consumer-run programs.

Previously, I was very involved working at the State level with MHSA, and was aware of the goal to have MHSA dollars go to consumer-run programs. So, I was very committed to correct the mistake in Alameda County. Instead of agonizing over the mistake, I started organizing the POCC.

The next MHSA allocation that the County was planning was for Prevention and Early Intervention dollars. Under this, funding campaigns to combat stigma and discrimination would be eligible. As we started to get members to join the POCC, our main focus was to get funding for PEERS to have an anti-stigma campaign. We organized a conference on stigma entitled, “Breaking the Ties That Bind.” We made sure that consumers were on the planning committee that would recommend MHSA funding to the County. We wrote a proposal for funding the anti-stigma campaign. We did a survey on the issues of stigma and discrimination. We wore yellow T-shirts and spoke at all the MHSA planning meetings. Our goal was to get $750,000 to go to PEERS for a campaign, and our efforts paid off. We were actually able to get $965,000.

In order to develop the POCC, there were several important structures that needed to be in place, requiring adequate resources. We were very fortunate that we had extremely strong support from Dr. Marye Thomas and Barbara Majak, who were able to allocate resources for the POCC. About a year after I was hired, they permitted me to hire a Consumer Relations Team (now called the “Consumer Empowerment Department”) that would provide support to POCC committees and ensure that the consumer perspective was part of Behavioral Health Care’s planning efforts. They supported the hiring of Gwen Armstrong, Adrianne DeSantis, Sally Zinman, Sabirah Mustafa and Sharon Kuehn.

A key aspect of our operation was to provide stipends for POCC members to participate in systems-change activities. Eighty-four thousand dollars were allocated for POCC stipends. Another key developmental step was to provide resources for POCC members to be trained to be effective consumer advocates. Eighty thousand dollars were allocated to send POCC members to the following conferences: California Network of Mental Health Clients (“CNMHC”), CASRA, CIMH Cultural Diversity Forum, and the national Alternatives Conference.
‍
It was also important to provide food for consumers at trainings and meetings. Eventually, Behavioral Health Care provided $14,000 for food. In December 2006, members were first recruited to join the POCC. In the spirit of “Nothing about us without us,” we formed a steering committee representing the consumer community of Alameda County, to determine key policies of the POCC. On the committee is representation from the consumer-run organizations, consumers that work for CBOs in the county, and consumers that reflect the cultural diversity of Alameda County and Behavioral Health Care.

We had our first county-wide kickoff event in May 2007. At that time we had approximately 100 members, and about 70 of them showed up at the event. To emphasize the importance of this first meeting, Linford Gayle, Chair of the MHSA Oversight and Accountability Commission, and Sally Zinman, Executive Director of the CNMHC at the time, were the keynote speakers.
‍
In the beginning, the POCC had started several committees besides the Steering Committee, including the Orientation Committee and the Cultural Diversity Committee. The Criminal justice Committee and the Joyful Voices Choir, were also among the first. An Orientation was held every month for new POCC members. If they came to the Orientation and filled out an application and were eligible, they would be entitled to receive stipends on the committees, apply for scholarships to conferences, and receive a monthly POCC calendar.

Our next major effort to get MHSA dollars to fund consumer-run programs was to work on the hiring of consumers through MHSA Workforce, Education & Training dollars. During the planning period over a number of months, we developed a Peer Employment Tool Kit, and participated on the MHSA planning group that was deciding where the resources would go. With 20 members participating, we made up over half the group. Andrée Reyes was hired by Behavioral Health Care to implement the hiring of consumers initiative. Five hundred fifty-three thousand dollars was approved for a consumer organization to provide the hiring of consumers.

Over the years, as the POCC grew, more committees were needed to reflect the consumer perspective on systems change. For example, to reflect the ethnic diversity, we formed the Asian American, African American, and Latino Committees. We recognized that we needed to have committees reflecting age and gender identity, so the TAY, Elders, and SAGA Committees took shape. Committees formed around important issues in the community, such as Healing Trauma, Substance Use Recovery, Public Policy & Education, and Veterans.

The POCC now puts on its own annual conference each summer. Members of the Consumer Empowerment Department collaborate with the community on CIT and on a trauma-informed learning collaborative, among other efforts. There has been collaborate exploration into the importance of Spirituality in wellness and recovery, and most recently, examination of Peer Specialist Certification has been at the forefront.

RECOVERY:‍  Recovery is real and possible for everyone. To recover, we need services and supports that treat us with dignity, respect our rights, allow us to make choices, and provide assistance with our real-life, self-defined needs. This range of services must include consumer-run and operated programs.

SELF DETERMINATION: Self-determination is essential for recovery to occur. It “encompasses concepts such as free will, civil and human rights, freedom of choice, independence, personal agency, self-direction, and individual responsibility” (University of Illinois at Chicago National Research & Training Center, 2002). We need to be in control of our own lives. 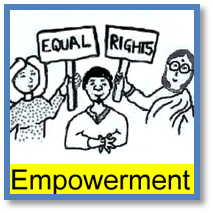 HOLISTIC CHOICES: We need opportunities define and make our own choices, making it possible to achieve recovery, re-connect with our strengths and build personal resilience.  This includes the choice of using  a wide range of recovery-oriented services and supports.

Examples include: housing, mental health/welllness education, and career development. Effective services are consumer driven and/or consumer-run.  Services and supports should embrace whole health and coordinate physical and mental/emotional health. These choices lead people towards full integration into the community. 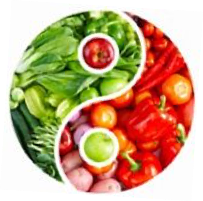 VOICE: We are empowered advocates and must have a voice in our recovery and in the policies facilitating our recovery. We are the most authentic voice in the mental health system, since mental health decisions affect every aspect of our lives. We bring our lived experience, therefore, we must be central in any dialogues and decisions about mental health issues at all levels. 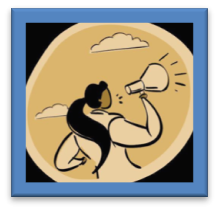 PERSONHOOD: We are whole human beings and will campaign to remove stigma and discrimination. We have the same dreams as all members of the community and the ability to make our own decisions. A barrier-free community is one free from discrimination and stigma. 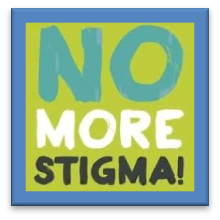 SPIRITUALITY: Searching for meaning and purpose in each of our lives can be a major part of wellness. How we perceive our world and existence can include our ideas of values and beliefs that we are able to identify with. Spirituality goes beyond religion and into the depth of our awareness and understanding of being connected within ourselves and the universe. 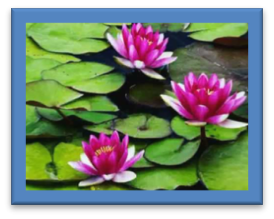 CULTURAL RESPONSIVENESS: Respecting culture and cultural background in all its diverse representation including values, traditions, and beliefs is essential to the POCC. Based on this belief and the need to represent the diversity of Alameda County, the POCC is committed to inclusiveness, prioritizing ethnic diversity in all of its activities as well as other cultural identities such as gender, sexual orientation, geographic area, and age groups. 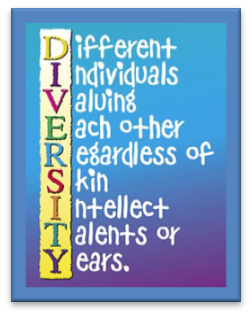 MUTUAL PEER SUPPORT: Mutual peer support is the glue that holds the POCC together and is built on hope, equality, respect, personal responsibility and self-determination. Peer support describes relationships between people with similar ‘lived experience’ who understand each other’s situation. These relationships are empowered by reaching across rather than up and down. Avoiding non-pathologizing
connections ensures deep, holistic understandings between people who can “be” with each other without the constraints of an expert/patient relationship. 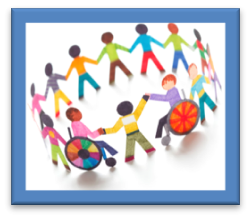